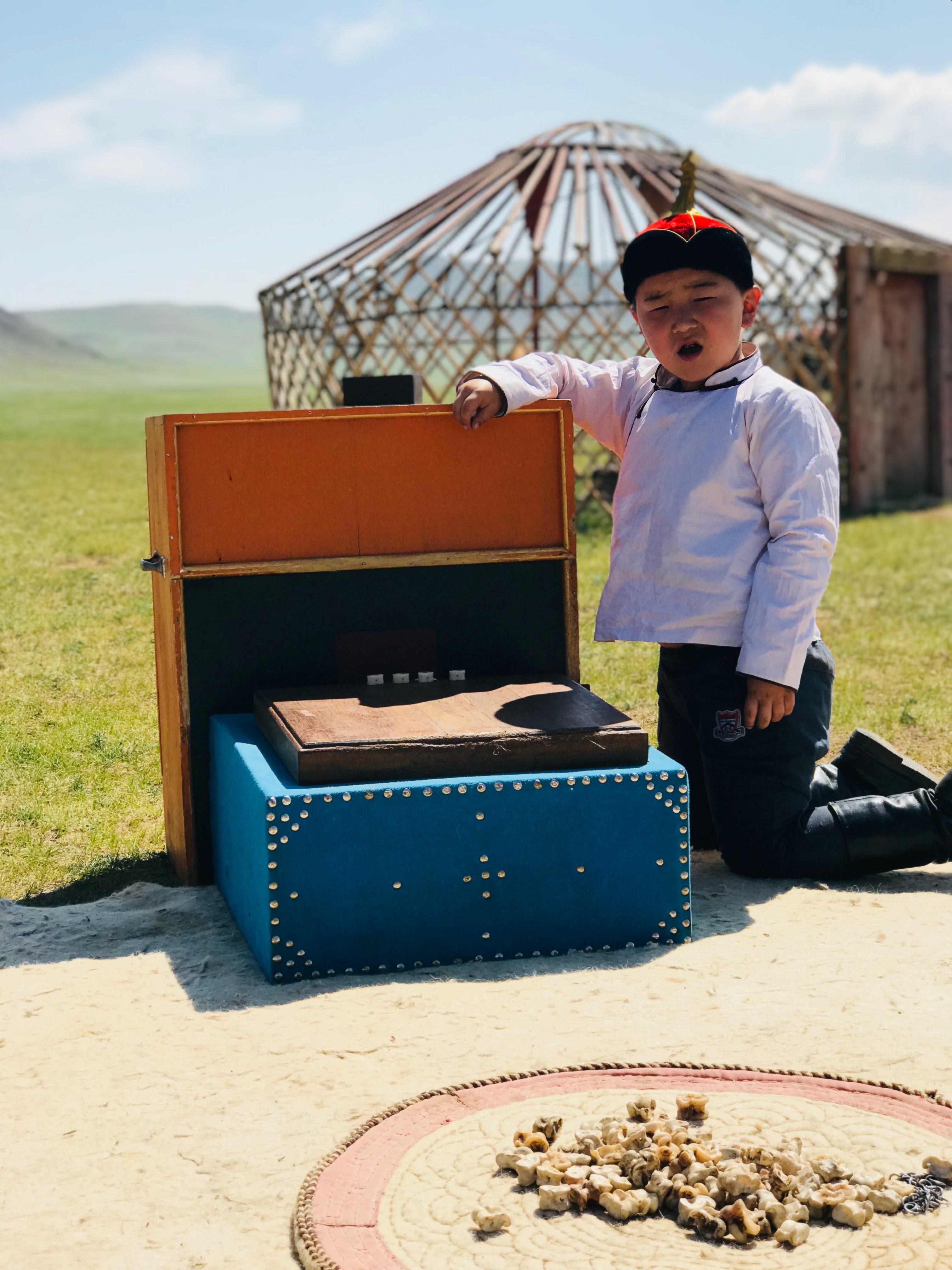 Ankle bone shooting began in 13th century in central Mongolia, also it was a game only for authorities. Afterwards ankle bone shooting has been widespread around Mongolia as a traditional game. Since 2001 ankle bone shooting officially declared as one of the main games of Naadam festival.
The shooting target distance is 4.7m. Each team has 8 members and it takes about 80 minutes in one competition.