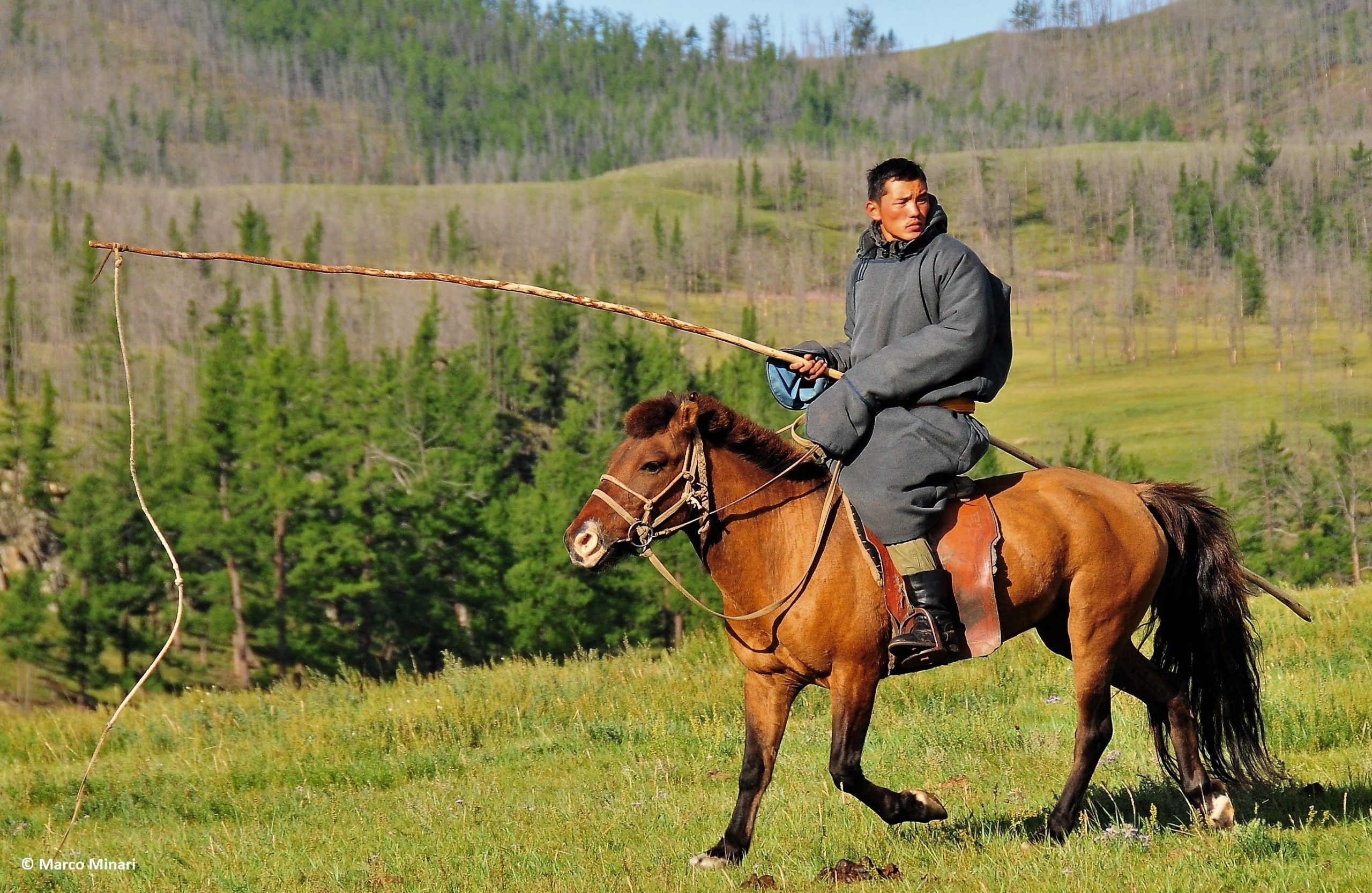 For the nomad life style horse is play an important part. In old time Mongols say that genuine Mongol “take birth on horseback and die on horseback”. Really, herder’s children has mount on horse at 3-years old and soon participate in horse-race. From ancient time Mongolia also was life of Mongolia in among the horses of Mongolia there are various genetic types on a natural kind. The Mongolian horses were arose 6 thousand years ago probably from the wild horses under the name Khulan and Takhi. The fast-track qualities of modern generations of the Mongolian horses originate at high –speed natural animal Force. When the horse lifts 75kgs weight on 1 – meter altitude refers to as one horse force Mass. The less than mass the easier overcomes earth attraction. At a jump mass of the horse is distributed at three main levels of motions. Moment of accumulation mass of the horse on back two legs. Moment of accumulation mass of the horse on forward and back two legs At the moment of equating mass of the horse on two back and forward legs the horse passes long distance From old time in Mongolia before race reduces deprived mass of the horse by long duration idle time of the horse both optimum feed also by constant jumps. Energy. At a jump the body of the horse gets the peculiar form both arrangements of forward and black legs and by that it creates conditions of accumulation of potential energy and also consumption’s as kinetic energy. Friction. During the horse’s jumping the flow of air creates friction on a surface of the horse’s body. The rough surface of the horse’s body smoothest out at the expense about force of friction of a flow of air at a jump. At such long duration process the body of the horse gets figure of an ellipse the figure of an ellipse is considered as the best form against resistance of a flow of air. Therefore bodies of the Mongolian fast horses have the oval round form Physical properties. At the Mongolian fast horses all the fast qualities are subordinated to some laws of mass, energy, friction and earth attraction of physics. Races are typically 30km long and the jockeys are children. Prizes are given to those who finish in the top 25%.
Horses are caught by means of a “uurga”, pole with a noose at the end. These incredible horsemen pride themselves on being able to pick up an “uurga” from the ground at a full gallop.
#khantravelmongolia
#Mongolianwonders