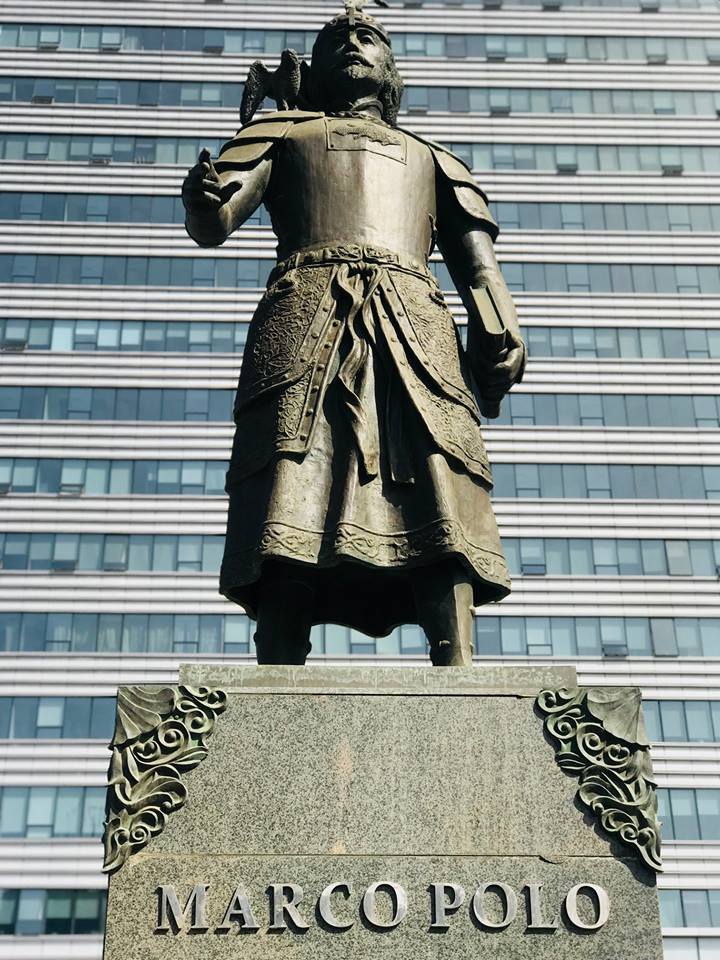 Travel extraordinaire, cultural icon, and advisor to Khubilai Khan, the grandson of the notorious Chinggis Khan. Yes you read that right. During his expeditions across the globe, Marco Polo had stumbled upon the Mongolian Empire with his father and uncle. Khubilai Khan quickly got word of their arrival and had them brought to him at once. Very quickly, Marco Polo and his ensemble was a great asset to the khan as advisors and informants as they had brought back much useful news while on their travels around the Asian continent. Marco Polo quickly rose through the ranks and was positioned in high posts of the empire’s administration. For many years the Polos were of big help to the Khan.
The tale of Marco Polo’s time in Mongolia still echoes today with a statue that was commemorated in the Ulaanbaatar’s business district. An icon of travel, intelligence and wonder. Come join us in the grand adventure.