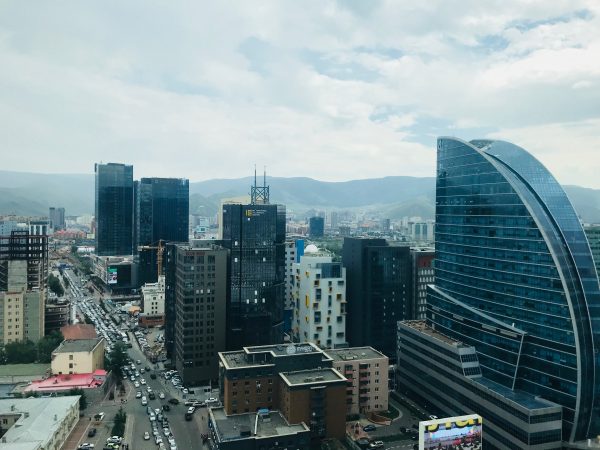 Ulaanbaatar is the capital city of Mongolia. Ulaanbaatar city day tour will give you an opportunity to explore the main attractions that include the Mongolian National museum, Sukhbaatar Square, the oldest Buddhist monastery the Gandantegchinlen, also you have the choice to go to Zaisan Hill to have the panoramic view of the city OR drive to the Gobi cashmere store to shop for one of the finest cashmeres in the world. Followed by enjoying the Tumen-Ekh fold song and dance ensemble performance.

Pick up from the hotel at 9:00am. Go to the National historical museum. After viewing the museum and visiting Sukhbaatar Square to take some memorable photos, drive to Gandantegchinlen monastery to explore the main and oldest Buddhist Monastery of Ulaanbaatar city. We will visit Megjid Janraisig temple that holds the largest indoor statue that is 26m tall. Have lunch at a local restaurant where you will try authentic traditional dishes.

After lunch, we will drive to Zaisan hill for panoramic view of the city OR World renown Gobi cashmere factory store to shop for one of the most exquisite cashmeres in the world. Drive to city center to watch the mini folk concert performed by famous Tumen-Ekh ensemble and enjoy fold songs, dance also contortionist performance. Back to hotel. End of the trip 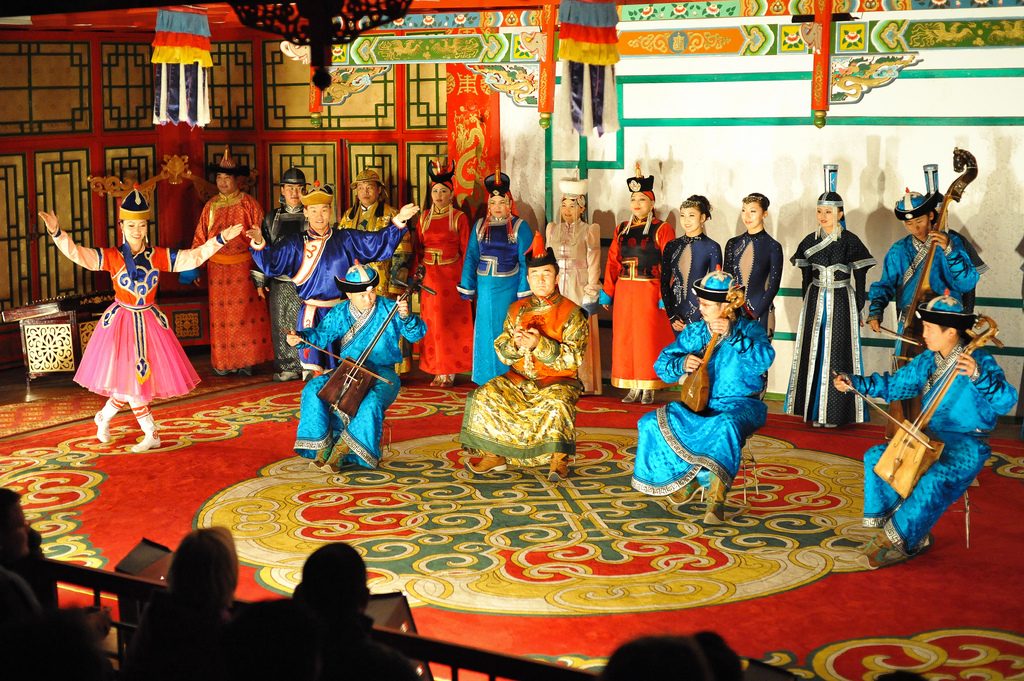 Tumen Ekh ensemble, Mongolia’s premier traditional performance group. Featuring folk and traditional music, song, dance and contortion, Tumen Ekh is a must-see for visitors to Mongolia’s capital city Ulaanbaatar and those interested in the colourful art and culture of the land of the blue sky. 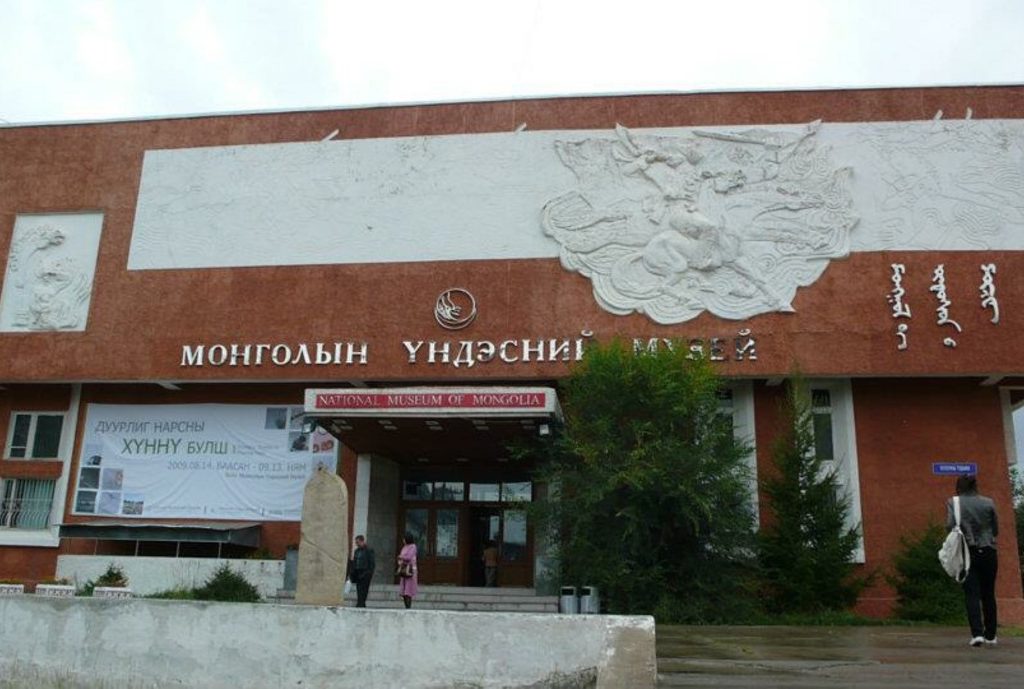 The first museum in Mongolia, the Mongolian National Museum (now the Mongolian Natural History Museum), was established in 1924 and became the basis for other museums, including the National Museum of Mongolian History. Russian scholars, such as Pyotr Kozlov, V. I. Lisovskii, A. D. Simukov, and the American researcher Roy Chapman Andrews contributed to the museum’s early collections and exhibits.

The modern National Museum of Mongolian History was established after the merger of the historical, archaeological and ethnographical departments of the State Central Museum and the Museum of the Revolution in 1991. It is now located in a facility built for the Museum of the Revolution, which was founded in 1971. The National Museum of Mongolia is currently recognized as one of the leading museums in Mongolia. The significant responsibility for preserving Mongolian cultural heritage therefore lies with the museum. It is also responsible for developing museological guidelines for museums in the nation.

Gobi Corporation is a Mongolian cashmere manufacturer, established in 1981.Gobi is supplying 100% cashmere, camel wool and yak down products in both as Gobi brand and private label, customers in more than 30 countries around the world. 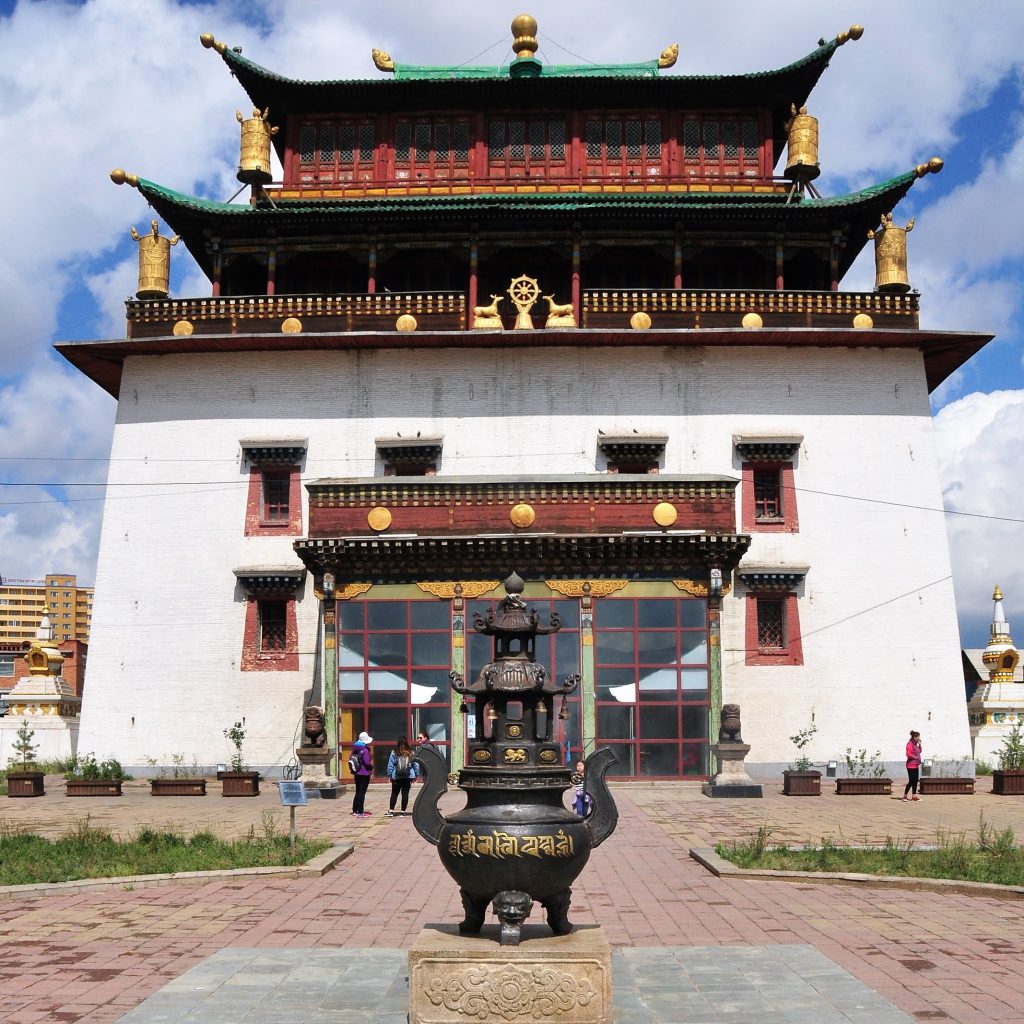 Gandantegchinlen monastery- built in 1809 the monastery is situated in the heart of Ulaanbaatar city still remains as the main religious center for all Mongolians. Mongolian Buddhist monastery in the Mongolian capital of Ulaanbaatar that has been restored and revitalized since 1990. The Tibetan name translates to the “Great Place of Complete Joy”. It currently has over 150 monks in residence. It features a 26.5-meter-high statue of Avalokiteśvara. It came under state protection in 1994. 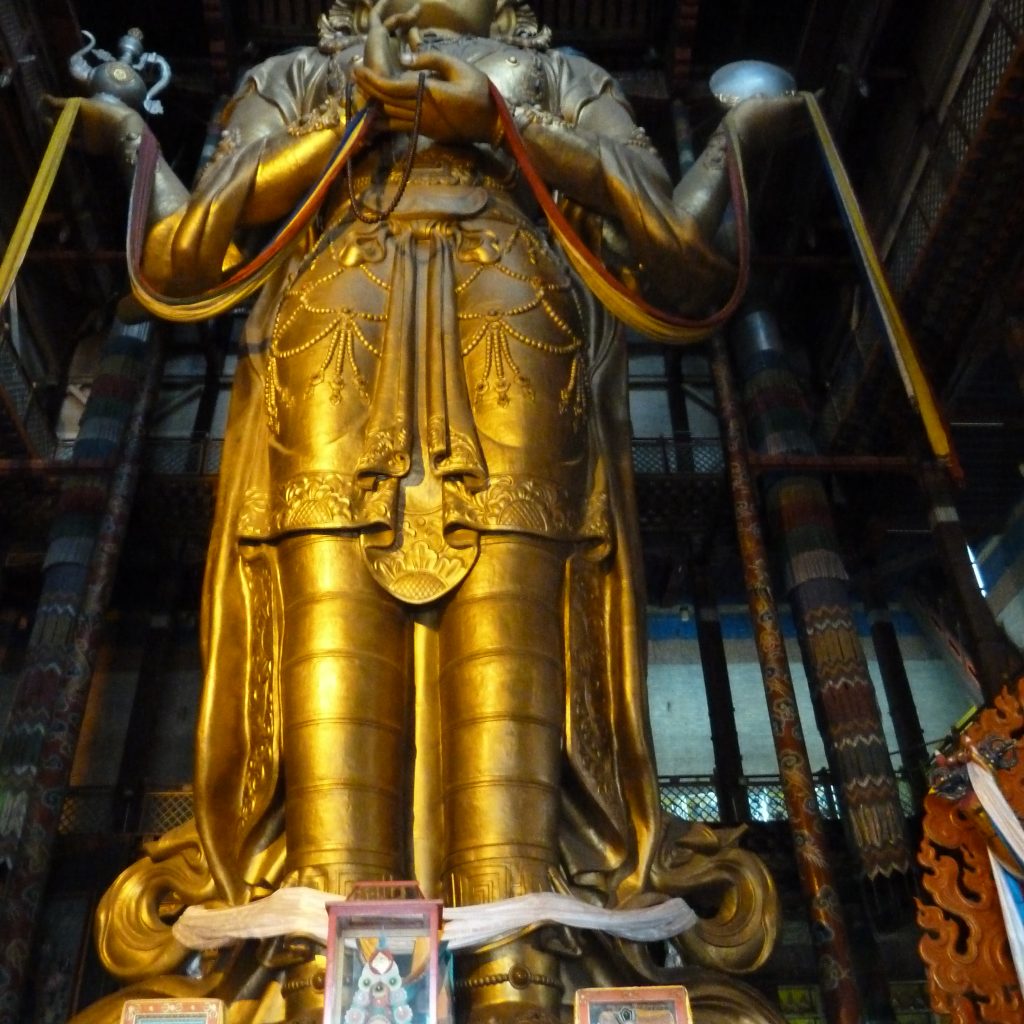 Megjid Janraisig tallest indoor statue in the world 26.5-meter-high. This deity statue has been built 2 times in history.

Be the first to review “Ulaanbaatar City Tour” Cancel reply